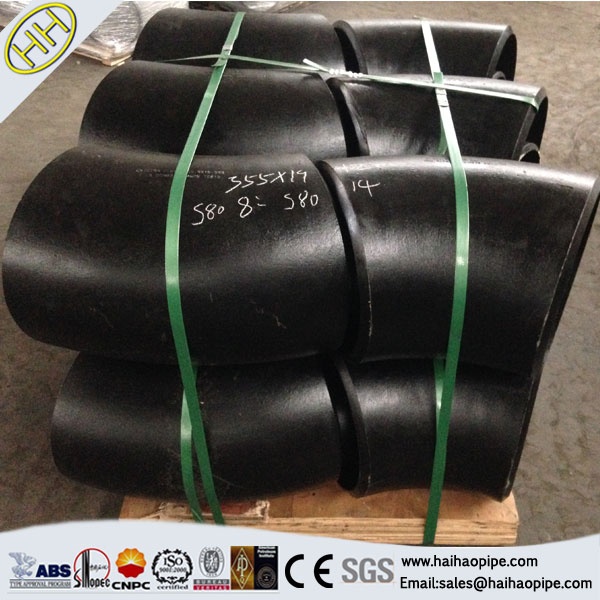 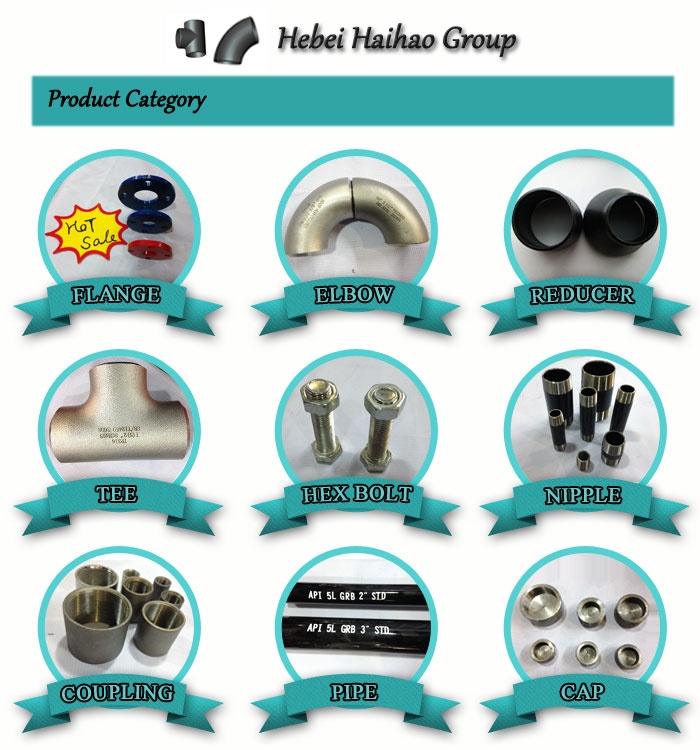 A pipe elbow is one kind of pipe fittings which can change the liquid or gas flowing direction in a piping system. It is mainly used to connect two pipes,sometimes called a “quarter bend”.

A 45 degree elbow is the elbow which can change the flow direction in a 45 degree . As a joint, it is used between the two pipes which has this right angle.

The function of a 45° elbow is the same as a 90° elbow, but the measurement of dimensions is different to that of the 90° elbow. The radius of a 45° elbow is the same as the radius of the 90° LR (1.1/2D). However, the center to face dimension is not equivalent to the radius as in 90° LR elbows. This is measured from each face to the point of intersection of the center lines perpendicular to each other, distances B on the image. 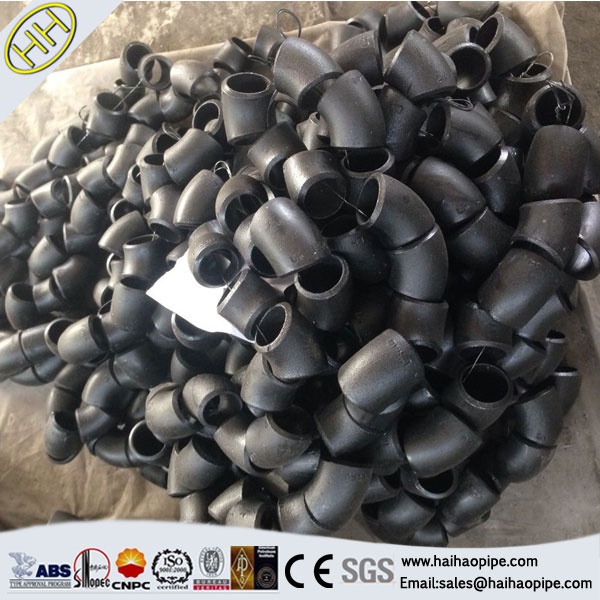 Haihao pipe fitting factory would produce and supply the high quality elbows as per clients’ requirement.